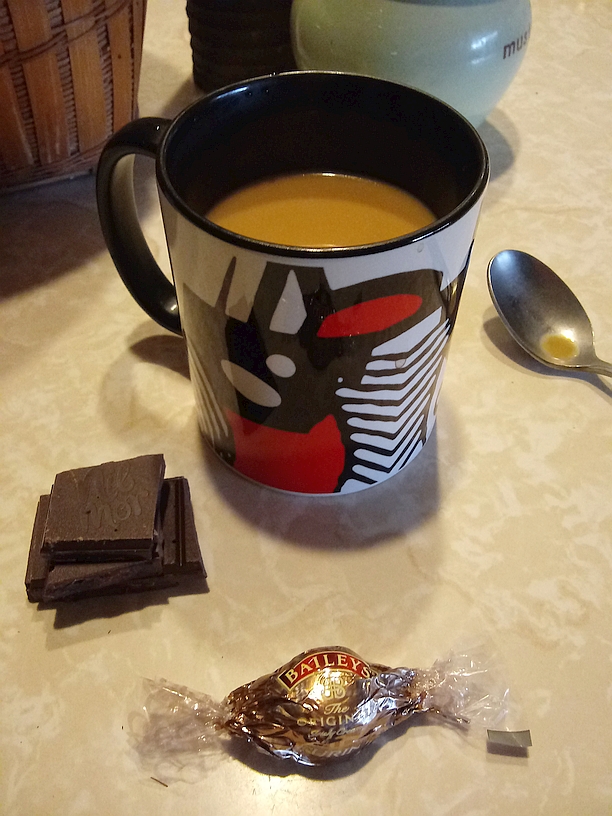 The Consanguinity of Midwinter 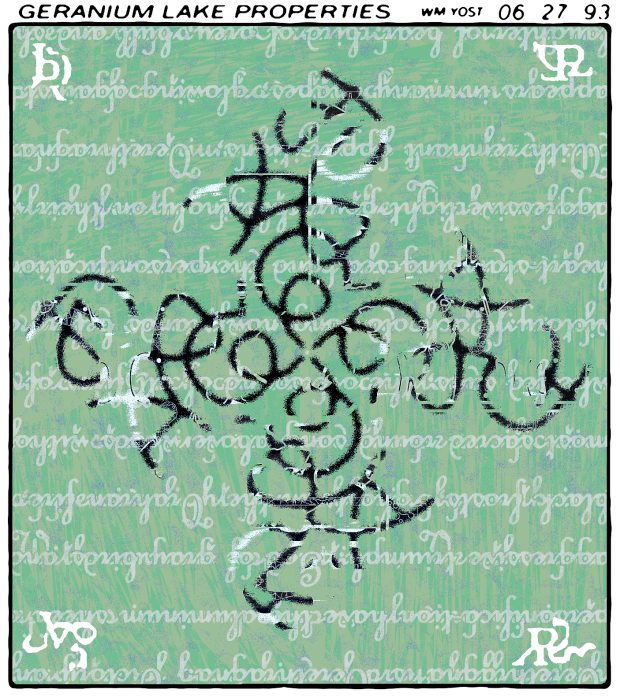 This GLP panel is almost an appropriate commencement for the month of carols. It’s greenish, and green is one of the two Christmas colors, so I consider it close enough, despite its June date. A prayer to the patron divinity of travelers, a plea to unblock the flow of water, i.e.,”the heart-stamping sea”.

Much more suitable to the season is the Byopia Press Advent Calendar of Stars project. I am determined to find time to make some origami stars from Day 2.

A glimpse of reindeer in gay apparel? Merry Christmas! 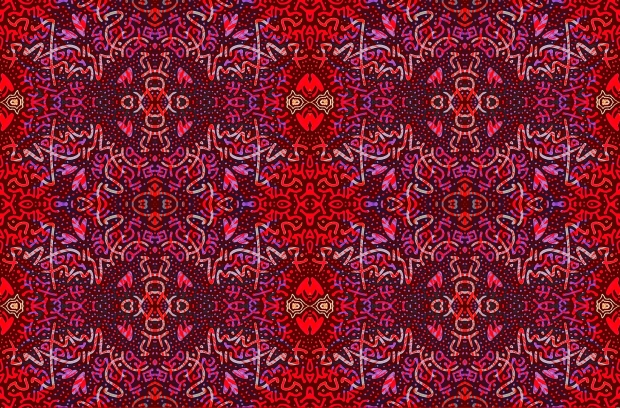 Two variations of a gift wrap design based on a sample of my asemic handwriting.

On the back of this drawing, Yost wrote:

During this holiday season, a lot of Christmas iconography has insisted on emerging in my work. For those of you who feel inundated by the excesses of this holiday, I hope I am not adding too much to the overload. I have found that I now enjoy Christmas more if I keep my holiday obligations to a minimum. I am lucky to have childhood memories of magical Christmases, and even though I no longer retain my childish beliefs, I can still enjoy the traditions of an American Christmas with all the trimmings.

I was raised Catholic, but none of my Christian indoctrination was strict. When I was in high school I started to consider agnosticism as a reasonable attitude for perceiving the universe. Later in life, I made a good stab at being atheist, but gave that up as an unnecessary endeavor. Also, atheism is rather detrimental to the mythopoeic foundations of my art. I now approach all religions and gods as mythologies, but that does not mean they are not real. In fact, the issue of whether they are real or unreal is not an issue for me, because I recognize that everything that you and I perceive as real is an illusion. I have received this understanding in part from Buddhism, and I have had it confirmed from science.

(I suspect this explanation was unnecessary, but I hope that it was not completely devoid of interest.)

© lcmt 2015
This one is less Yost and more me, but I am sure that Yost, like many of us, had childhood memories of streets transformed at Christmas into Candy Cane Lanes.

This Christmas season, why not put Saturn back into Saturnalia, and Sol Invictus back into Dies Natalis Solis Invicti?

…for the perfect conifer.